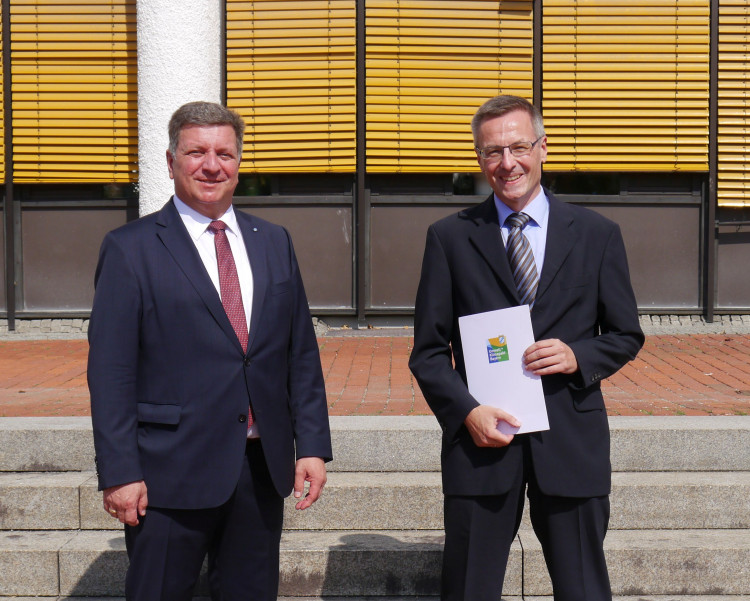 We are proud to contribute to environmental and climate protection.

Hacker Feinmechanik has been a member of the Bavarian Environmental Pact since 2007. With constant commitment and new projects, we were again rewarded with a certificate. Here is an insight into some of our environmental and climate projects:

In 2019, a compressed air management system was put into operation, which optimally regulates the use of all air compressors in the plant according to energy efficiency criteria. In addition, a new, more efficient compressor was procured and the compressed air distribution system was flow-optimized. In total, the electricity consumption for compressed air was thus reduced by approx. 50,000 kWh p.a. (-14%).

Reduction of CO2 emissions through a photovoltaic system for local consumption

In mid-2019, another photovoltaic system with an output of 200 kWp was put into operation. Together with the previous system, the PV systems on the roofs of Hacker Feinmechanik GmbH can produce up to 570 kWp of electricity for on-site consumption. This means that Hacker Feinmechanik GmbH can now cover over 20% of its energy needs with solar power generated on site. The savings in climate-damaging CO2 through use of the PV electricity amount to approx. 320 to. per year.

Promotion of nature conservation and biodiversity

Since 2018, the sole shareholder of Hacker Feinmechanik GmbH, Karl Hacker, now manages 5 ha of local orchards. The meadow orchards provide a valuable habitat for many animal and plant species. From the yields, about 3,000 liters of certified organic apple and pear juice were pressed in 2019 and even around 9,000 litres in 2020. The extracted Hacker juice is available to employees free of charge all year round at five juice stations in the company.