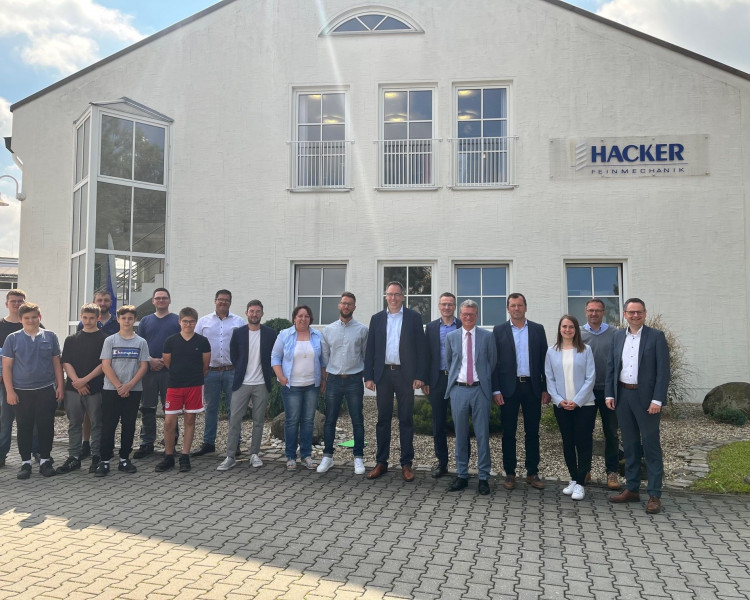 Festive start to the project day

High-ranking guests from the region attended the kick-off of the new cooperation project between the Metten secondary school and Hacker Feinmechanik. Managing Director Gerald Watzl and HR Manager Mona Dengler presented the current apprenticeship situation in the company. They pointed out the difficulties in recruiting trainees and presented the company's own training workshop. The newly developed project with the Metten secondary school was presented by the teacher Martin Sitzberger.

The aim of the project is to strengthen the cooperation between school and company, which should serve as a better orientation for the students. In addition, the students learn more about the apprenticeship as an industrial mechanic through the project day and learn to apply mathematics in practice.

Mr. Watzl and Mrs. Nagerl solemnly signed the cooperation agreement between Hacker Feinmechanik and the secondary school in Metten. The Landrat of Deggendorf, Bernd Sibler welcomes the cooperation and wishes all the best.