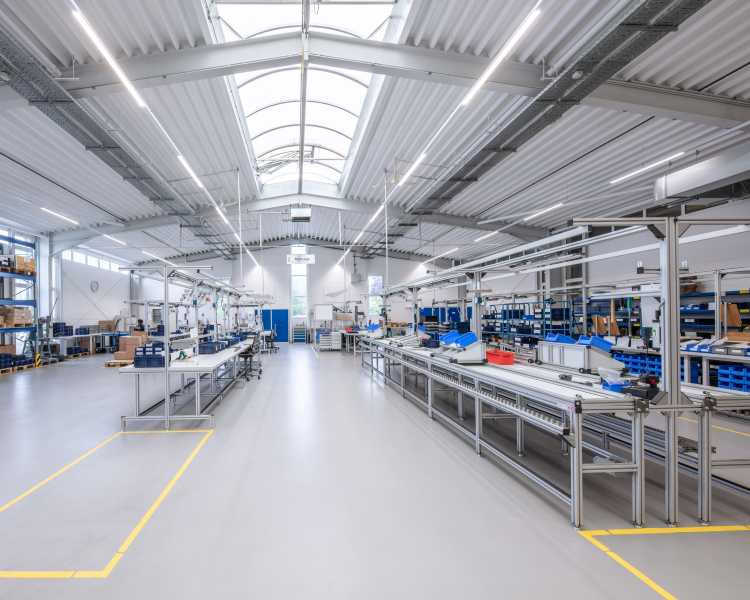 The renovation of another hall has been completed and the assembly department has moved into the improved facilities.

Thus, our floor capacities for assembly were more than doubled from approximately 225 sqm to more than 550 sqm. As a result, the company is ready for further growth in assembling mechanical components.