Hacker Feinmechanik GmbH covers more than 20% of its energy needs with solar power generated on site. 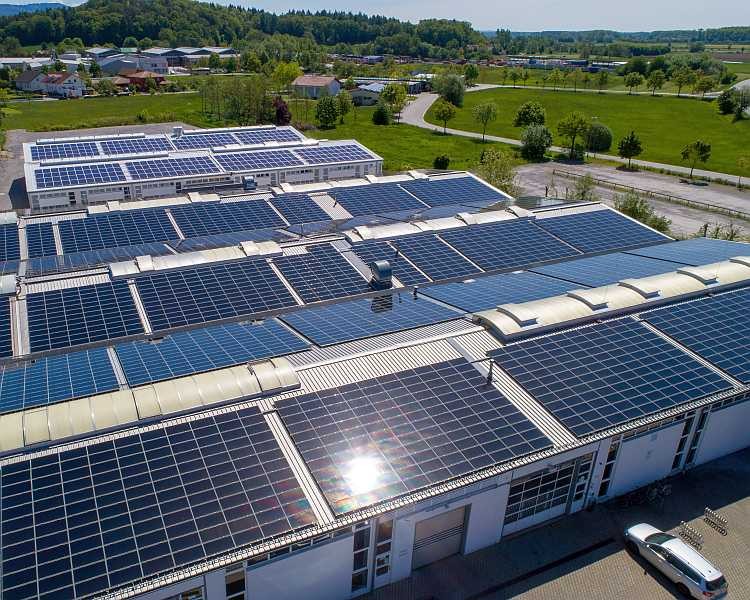 In June 2019, another photovoltaic system with a capacity of 200 kWp was put into operation.

Together with the previous system, the PV systems on the roofs of Hacker Feinmechanik's buildings can produce up to 570 kWp of electricity for on-site consumption.

Hacker Feinmechanik GmbH can now cover more than 20% of its energy needs with solar power generated on site.

This is an active contribution to environmental protection. In contrast to electricity from conventional power plants, our photovoltaic systems are climate-neutral. The savings on climate-damaging CO2 will be around 320 tons annually. In addition, the production and consumption on site will relieve the burden on the electricity suppliers network.